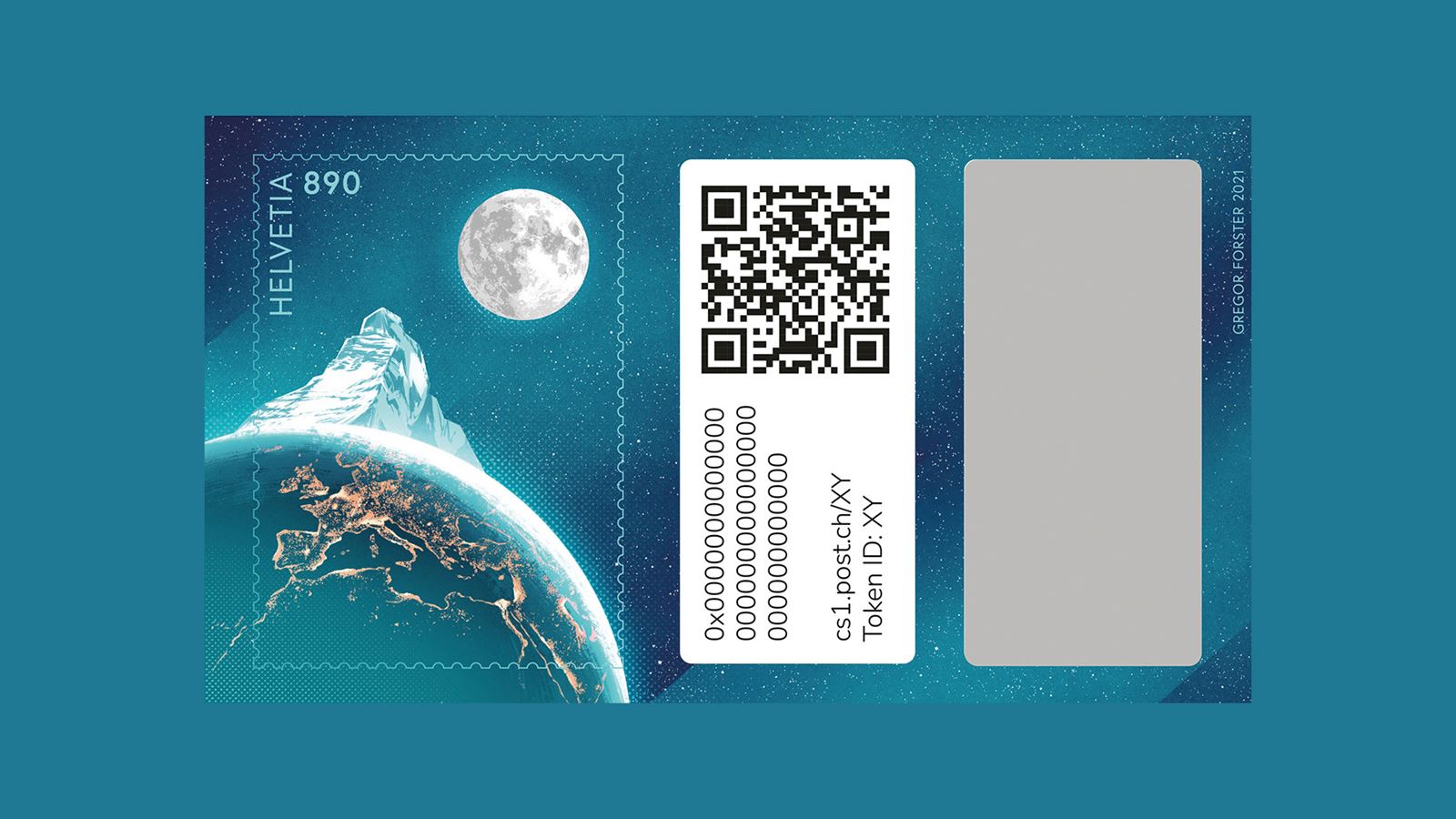 On 25 November, Swiss Post launched Switzerland’s first crypto stamp. There was such a huge rush for the crypto stamps that the Postshop was down for a short time and the stamps sold out in just a few hours.

The crypto hype is huge. Cryptocurrency has been a hot topic since Bitcoin and others have grown in popularity. The fact that stamps can now also be digitized using blockchain-based technology is no coincidence. Studies show that the market volume of crypto-collectibles is expected to rise to CHF 200 billion by 2030.

We talked to Julien Jordan, who is responsible for the Swiss Crypto Stamps and Stamps & Philately Market Manager at Swiss Post.

Why did Swiss Post decide to offer crypto stamps?

We did so for various reasons. After starting a year ago at Stamps & Philately, I began looking at what’s happening on the stamp market. It’s no secret that letter business has been declining for years, and the demand for stamps is falling. So, I wanted to come up with something new that had never been seen before in Switzerland. I then learned that the Austrian Post had issued crypto stamps in 2019. The idea of bridging the physical stamp world with the digital side piqued my interest. And the possibility of now being able to collect, exchange and trade stamps digitally made the topic even more appealing. Not to mention that our counterpart in Austria saw huge success. So, I took up the topic internally and, after some back and forth it, we were ready to sell the first crypto stamps in Switzerland this November.

Who is Swiss Post aiming the crypto stamps at? Is there a particular target group? Do we have any insights here?

I think we can divide the target group in two. On one side, we have stamp collectors, who are interested in new stamp products. In Switzerland, there are tens of thousands of stamp collectors; worldwide there are 8 to 10 million. People in this target group are 50 years of age on average. On the other side, we appeal to a relatively young target group. Crypto traders, crypto collectors and the IT-savvy who are particularly interested in developments in this technology and are actively involved. Here, we’re talking about around 68 million people worldwide, and the trend is rising. The target group is aged roughly between 14 and 45.

As this is a new market, further insights are continually being collected.

The crypto stamps sold out very quickly. There was so much traffic on the Postshop that it was down was a short time. Were you expecting this rush? How do you explain the hype?

Rush? More like a stampede! In all seriousness, we had anticipated that there would be huge interest, so we ramped up the servers and recruited and informed additional staff. But even we did not expect such a response.

I don’t think the crypto hype is anything new. A good example is the Shiba Inu Coin, which recorded an increase in value of almost +1,000% in one month and is now one of the world’s largest cryptocurrencies. The same goes for the art trade, which has seen works of art digitized into NFTs (non-fungible tokens) and sold for millions of francs. They have one thing in common: a lot of money is at stake in both trends, which in turn attracts a large audience. How much long-term value crypto technologies will generate remains to be seen. This is why we will continue to monitor the market closely.

Can you give us a short and snappy explanation as to how these crypto stamps work? What’s so special about them?

We brought 175,000 crypto stamps to market. Each of these stamps has a token ID from 1 to 13. Once you have the stamp, you can check the Swiss Post website to see how rare or common it is. There are 50 of the rarest stamps. In the video on crypto stamps, I explain how the stamps work.

The distinguishing feature of our crypto stamps is the ERC1155 standard, which allows us to have any number of tokens for each token ID. There are not 175,000 token IDs, but 13, because the crypto stamps are assigned to an entire group. The standard has the advantage of better interoperability with current and future NFT marketplaces.

If you want to use the stamp digitally, you can scratch off the silver panel on the stamp and transfer it to the digital world using the password. You can then trade it digitally on the relevant blockchain-based marketplaces.

People can decide for themselves whether or not they want to go down the digital road. The stamps can also be collected, exchanged or traded conventionally on online marketplaces such as Ricardo.

What’s next? Can you give us an idea of what’s to come?

First, I’m very relieved that the campaign was a huge success. We received many national and international inquiries, which we are currently working through. Since there’s a lot of activity in the stamp market, we’ll continue to monitor it and then decide how we could proceed. One thing we know for sure is that digitizing stamps will continue to be a popular topic worldwide in the future.

She helps retailers to develop their digital maturity through strategic digitization advice and the development of solution concepts. 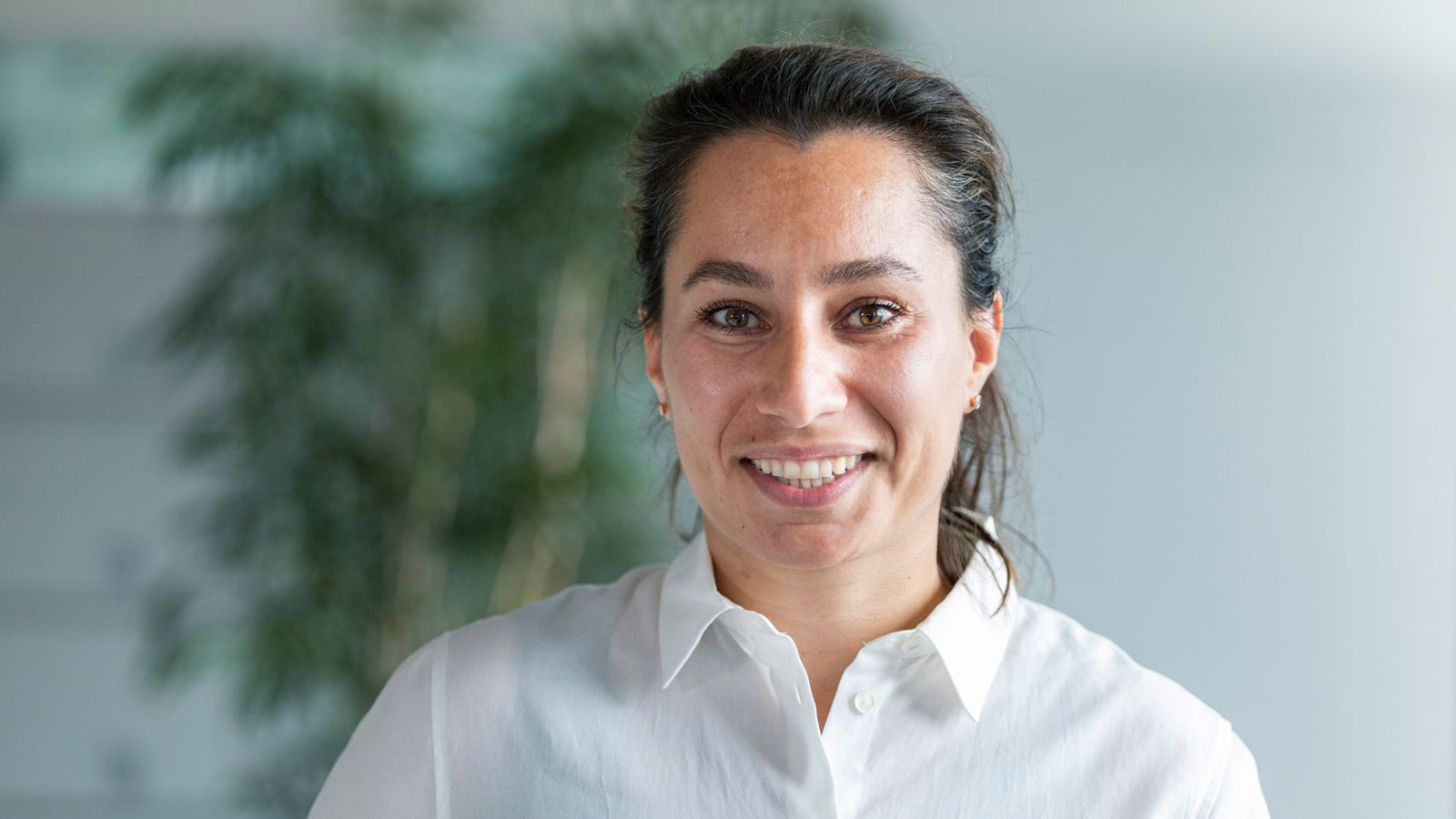