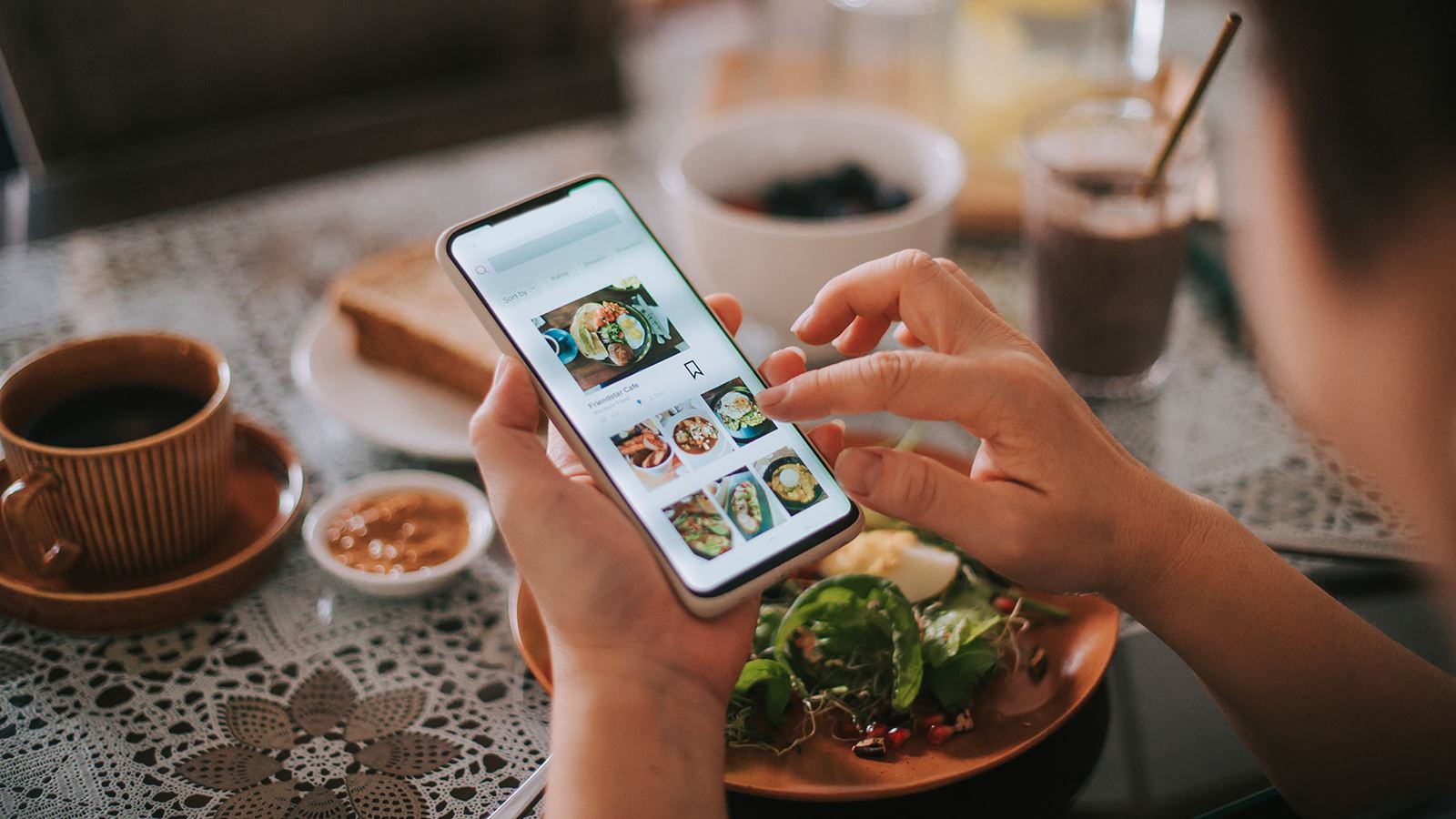 In online grocery retail, process costs are considered the Achilles heel when it comes to profitability. In addition to the “last mile”, the costs of picking goods are particularly important. This article takes a look at the most common picking models.

In general, all sorts of storage and picking options are conceivable in online food retailing, provided they comply with the legal regulations for storage and cold chain.

However, the most common distinction is based on the chosen storage location: There is a basic differentiation made between storage and picking in a store with frequent customers – as can be the case with a multi- or omnichannel retailer – and a warehouse without customer access. This results in the following options:

Picking in the shop / store

Order picking in an existing shop or store is the easiest and initially most cost-effective option when starting off as a retailer in the broad field of e-food. However, since the basic conditions for using this model entail access to “existing shops” – or better still – an existing shop network, this option is primarily a solution for traditional, high-street retailers.

These are also often the customers who make initial use of such fulfilment solutions to get started. When picking in the store, pickers go through the rows of shelves inside the store and pick the customer’s order by hand. Normally, a picker processes an order and the orders are processed one after the other. Multi-order picking in the store (i.e. simultaneous picking of several orders by the same picker), has so far tended to be the exception for many suppliers. It is now standard to support the picker with a hand-held scanner solution with a display that shows the article and the quantity to be picked and, if possible, guides the picker from zone to zone in a manner that is optimized to some extent. Workers used for picking are often employed in the shop and include the online orders in their day-to-day work.

The advantage of this approach is that the implementation costs and fixed costs (the shop already exists, additional online volume may even increase the area productivity, or poorly performing branches can be boosted again through additional sales) for entering the online food trade are comparatively low.

This approach is also often combined with pick-up models, in which the customer picks up the ordered purchase for themselves. However, this phenomenon known as “buy online, pick up in store” is not so much the result of a customer request, but rather the reluctance of many retailers when it comes to the complexity and costs of the “last mile”. When it comes to e-food, customers want home delivery whenever possible.

A major disadvantage of this approach is that beyond a certain order volume, customers who shop in-store often feel disturbed and cramped by a horde of pickers for online orders. Or, in the worst case, there is competition for the same products on the shelf between the picker and the in-store customer, since it is not possible to ensure goods availability and prevent items going out of stock due to a lack of accurate inventory management in most cases. In addition, the number of weekly orders is often achieved quite quickly due to existing space restrictions in the store. However, a retailer could partially avoid this by using other stores with the same range for picking in the same region and by distributing orders to its stores in a way that optimizes capacity and distance.

Picking in a dark store / warehouse

If the picking volume increases when using store-picking approaches, or when they inevitably tend towards the upper limit, retailers often tend to switch to a dark store. In the dark store – which is just a warehouse for picking – all processes and routes can be fully optimized compared to picking in the store. In particular, the walking routes – unlike in the store – are designed for efficiency rather than for a maximum length of stay. This improves picking efficiency and accelerates the picking process. In addition, an order is usually picked in parallel in different zones and then combined in a consolidation zone at the end of the picking process. Nowadays, it is also technically possible for a picker to pick several orders in parallel in a single zone (“order batching”). While this is also conceivable and technically feasible for store picking, it is not often used in practice. In addition to more efficient processes, dark stores also benefit from the fact that they do not have to deal with parallel customer traffic.

Just as with store picking, the degree of automation is usually low. Pickers go through the warehouse and pick orders with a comparatively high level of manual effort. It is therefore not surprising that in practice – especially in metropolitan areas where logistics space tends to be more expensive – some poorly performing large stores have been closed and converted into dark stores to process the growing number of online orders.

Picking in store with connected MFC

A new, promising trend in fulfilment of groceries ordered online is the implementation of micro-fulfilment centers (MFC). These have been market ready since around 2018. MFCs combine the advantages of two worlds at opposite ends of a continuum: speed of local picking with regard to the “last mile” / pick-up due to comparatively short distances from the order to the customer, with scaling and cost advantages of automation. Ideally, these are used in an omnichannel context in combination with a retailer’s high-street branches. In these cases, high-street shops are supplemented with an MFC. In addition to the existing shop area, there is a separate picking area for online orders. This is used to store the goods efficiently and in a manner that conserves space with the help of automation solutions. The goods are then removed again as required with the help of picking stations. These micro-fulfilment centers are also divided into different cooling zones to ensure optimal storage conditions.

Compared to conventional picking in the store, this variant is up to three times faster and offers significantly greater picking efficiency and therefore lower costs per shopping cart, which the retailer has to cover. Combination with an existing and partially regional or local range in the store is also conceivable. With an average megastore range of 30,000 to 35,000 stock keeping units (SKUs), fast-moving items, which are often requested in online orders can be stored in the micro-fulfilment center, while long tail items can still be picked from the store, if required.

Other ultra-fresh items, such as fresh minced meat or other products from the meat, fish or cheese counters, can also be added and serve as a criterion for differentiation from the competition. Due to this shift and the strong physical separation of online and high-street business, the in-store customer flow is hardly affected. Personnel costs for picking online orders can also be kept low through automated picking. Micro-fulfilment centers have a comparatively small footprint and can be implemented on an area starting at 800 square meters.

The improved picking performance also opens up new options for the last mile. On the one hand, the customer can be offered a pickup service with Click & Collect, where the customer can, for example, pick up their weekly shopping within an hour of receiving the order. On the other hand, with home delivery, the customer can benefit from improved cut-off times (e.g. for order and delivery within 2-3 hours on the same day). In addition, the combination of store and connected micro-fulfilment center can also serve as a delivery base for the last mile using your own vehicles, for example within a conurbation. In contrast to a “hub-and-spoke” concept, which is often used in large warehouses, reloading for local distribution is no longer necessary and it is possible to save on further logistics and travel costs thanks to a decentralized structure.

The last option that ensures efficient processes for large order volumes is the implementation of a fully automated central fulfilment center (CFC). In general, the same arguments can be made for a CFC as for a MFC:

The implementation of a fully automated CFC is often seen as the best option for e-food pure players that do not have their own store network in order to operate profitably in the long term. Particularly when combined with your own delivery fleet, this makes it possible to achieve high efficiency gains and cost savings which have a lasting impact on the retailer’s contribution margin. This provides good opportunities to earn money as a retailer with e-food through appropriate automation and scaling.

On the other hand, implementation requires high capital investment, extended planning lead time and a clear focus on growth and additional order increases. Since retailers tend to think in the short term, break-even must be achieved within a maximum period of 12 to 18 months. This means that a fully automated warehouse is usually a challenging business case.

However, players such as Picnic in the Netherlands domestic market, Frisco in Poland, Rewe with Scarlet One in Cologne, as well as Ocado, Kroger, Groupe Casino and Morrisons demonstrate that such an investment can definitely pay off. For example, Kroger is using CFCs to gradually open up the East Coast of the US with online grocery retailing in an area where Kroger does not have a physical presence. Overall, this is a smart and transformational manoeuvre.

Models and their cost comparison

The main models presented for picking online grocery orders differ primarily in terms of implementation costs, picking efficiency per order processed, and the number of orders that can be handled with the respective model.

Depending on the market potential and the expected number of orders per week, the choice of fulfilment model has a decisive impact on the fixed and process costs and ultimately also the profitability of e-food. The main driver here is the fixed cost degression – i.e. distribution of the fixed costs of fulfilment over the individual order: as the output quantity increases, the proportion of fixed costs allocated to the individual order decreases. Depending on the selected model and the resulting acquisition costs for the selected storage model, this fixed cost degression has a disproportionate impact on the unit economics – i.e. average costs per order – which are normally used to calculate the contribution margin.

The danger here is that if utilization of the selected fulfilment model is poor, the tendency for a higher proportion of fixed costs per order will erode the achievable contribution margin, and ultimately the EBIT, or even make it negative. As a rule of thumb, the output volume of the selected model should also match the company’s strategy for the respective period.

In the case of approaches that do not involve in-store picking, it is usually the handling of overcapacity and above all under-capacity, that rapidly become outliers in terms of costs. In addition to the investment amount for the corresponding storage model, the implementation period must also be taken into account: the choice of location and finding suitable real estate has already become a challenge in the DACH region. Official approval procedures can significantly delay a warehouse conversion or expansion project.

With regard to the model to be selected, it should be noted that there is no single preferred fulfilment model. The selected model must always match the provider’s circumstances, strategy and targeted output volume. Despite high labour costs, automation solutions have so far hardly been observed in Switzerland.

Dr. Matthias Schu is the leading e-food expert in the DACH region and author of “Das E-Food Buch”. After more than a decade holding leading positions in consulting, business development and project management in Switzerland and abroad, he is now a lecturer in e-commerce and retail at the Institute for Communication and Marketing at Lucerne University. With his startup, “Dr. Matthias Schu | retail I ecommerce | internationalization strategy”, he also offers consultation and support in projects and strategies for retailers and producers of all sizes. 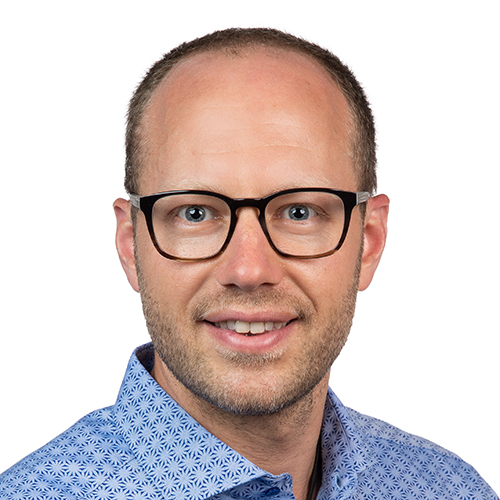